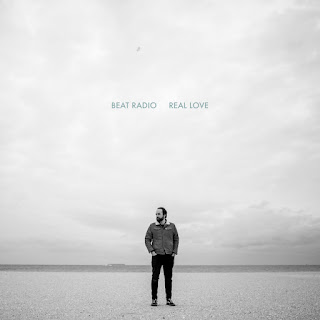 Beat Radio's Real Love album is a cohesive and vulnerable look into psychological patterns that inform behavior with the urgency to change that only a wise punk rock dad could create.

Brian Sendowitz, the singer-songwriter behind Beat Radio, has a passion for writing songs that have been a twenty-year quest while working and raising a large family. His openness to express himself through music and choice to revisit a collaboration with multiinstrumentalist producer Phil A Jimenez made this album stand out in a considerable discography.

Real Love is broken into three distinct movements: realization, awareness, and action toward healing, with the order of song titles supporting that assumption. His breakthrough emotionally opened the door to vulnerability while diving deep to heal and face narratives amassed in a lifetime without awareness. The end result is a moving journal-like entry in an album format.

The music production and details are well-placed, creating a steady awareness, just the right amount of reflection, and a hopeful resonance. The thoughtful placement of harmonies, moody accents, and orchestrated layering of violins, horns, guitar, bass, banjo, and synth form a continuous pulse of percussion that overlaps with adept drumming. Sendowitz's earnest vocals have an emotional reach, especially highlighted in choruses, while emulating a mantra of change and self-actualization. Each repetition becomes a nuanced way to see faults, regrets, and shame and grapple with unsettling emotions. No longer are those emotions veiled but raw and tenderly articulated, unfolding to the listener.

The subject of familial trauma with the terms; prodigal son, family name, and blood in my veins describes the expectations and projections from others. Our DNA is predetermined, but narratives we internalize are coping mechanisms designed and imprinted as our own, questioning; who is the authentic self shaped within a family dynamic?

Sendowitz writes about this schism in the first three songs using urgent percussion-heavy beats. "Projection Spells" portrays the rote strategies devised to cope /and I've been conjuring protection spells/ to keep the ghosts away/. Kicking it up with a high-speed and vibrant rock in "Disassociation Blues," where the manic moment and truth collide with confusion. The pace slows down in "Radioactive," the muffled snare drums and layered horns, thick with an eerie atmosphere, wheel him metaphorically radioactive; he reacts without intention while repelling himself to those he loves to his detriment. / You're radioactive / You're out of control /.

The following group of songs grapples with concern about long-term marriage and the steady foundation of love; can it withstand change and grow? Fluctuating between a slower, more acoustic mix of strings and haunting synths. The violins and banjo move forward in "Real Love" with a repetitive mantra of hope / we got a real love / sometimes it's not enough / no matter what it takes / I'm never giving up/. A continuous drumbeat and folk guitar strum unfold in "Weightless" about surrendering to the damage done. The beautiful chorus of aspirations grows to bring it home / It's so hard to let things go / maybe we can take it slow / I miss all the dreams we had / maybe we can take it slow / I can't make it on my own /. "Family Name" is a contemplative reminder to pause, breathe, and forgive oneself during the refrain of soft harmonies /Oh O Ohoo / conjuring a self-regulating sigh of healing. With a steady upward thrashing drumbeat, the moody pop "Harder to Pretend" employs dense synth instrumentals and guitar melody hooks woven into a slew of lyrical questions / do you think we're going to make it through /?

The final movement is an effort at healing with a supporting cast highlighting that "it takes a village" to heal. Sendowitz refers to his creation myth in "Solid Ground," which portrays cognitive dissonance, an altering of reality to cope. In it, Katherine's Froggots' vocals gently mimic Sendowitz's proclamations. / I was afraid if I let go of the story that I knew/. "Lowland" beautifully stages his vocals with gorgeous music and the full-bodied sound of love affirmations. The finale, "We Rise From The Fire," is a rousing uplighting sequence of distorted, fuzzy guitar riffs to mark the birth of self-motivation and actualization / I lost my way/ I tried so hard to not become the thing I hate /, but It's not too late / and I can show you / that I can see you / The elongated note at the song's end reflects the continuing path to move forward to heal.